Beef round steak that has been tenderized is packaged as Beef Cubed Steak.  Tenderizing makes this cut of meat suitable for short cooking times.  Cubed Steaks are one of my go-tos for quick meals.   I serve these plenty of times lightly dredged in seasoned flour and browned in olive oil without any kind of gravy.  They are good enough to stand up on their own.  You don’t want to over cook them or they will be tough and undesirable.   Cooking about 4  minutes on each side on medium high heat will get them about where they need to be if you aren’t planning on smothering them in gravy.   If you’ve never cooked beef cubed steaks, you will need to experiment a little bit to determine your desired degree of doneness. 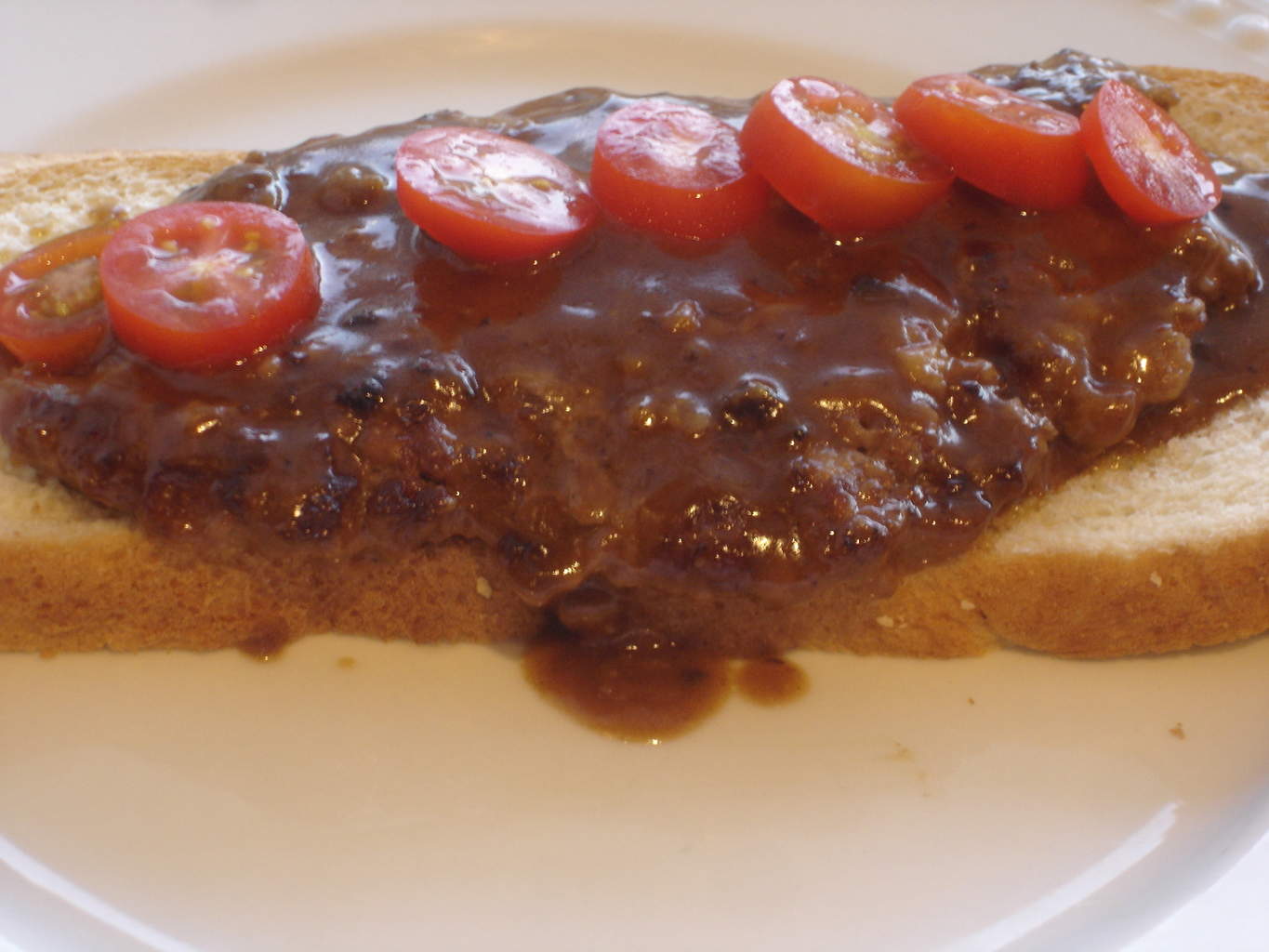 I decided  to  make a light gravy for these tonight and serve them over bread to create an open face sandwich.    Let’s get in the kitchen and start working on these babies. 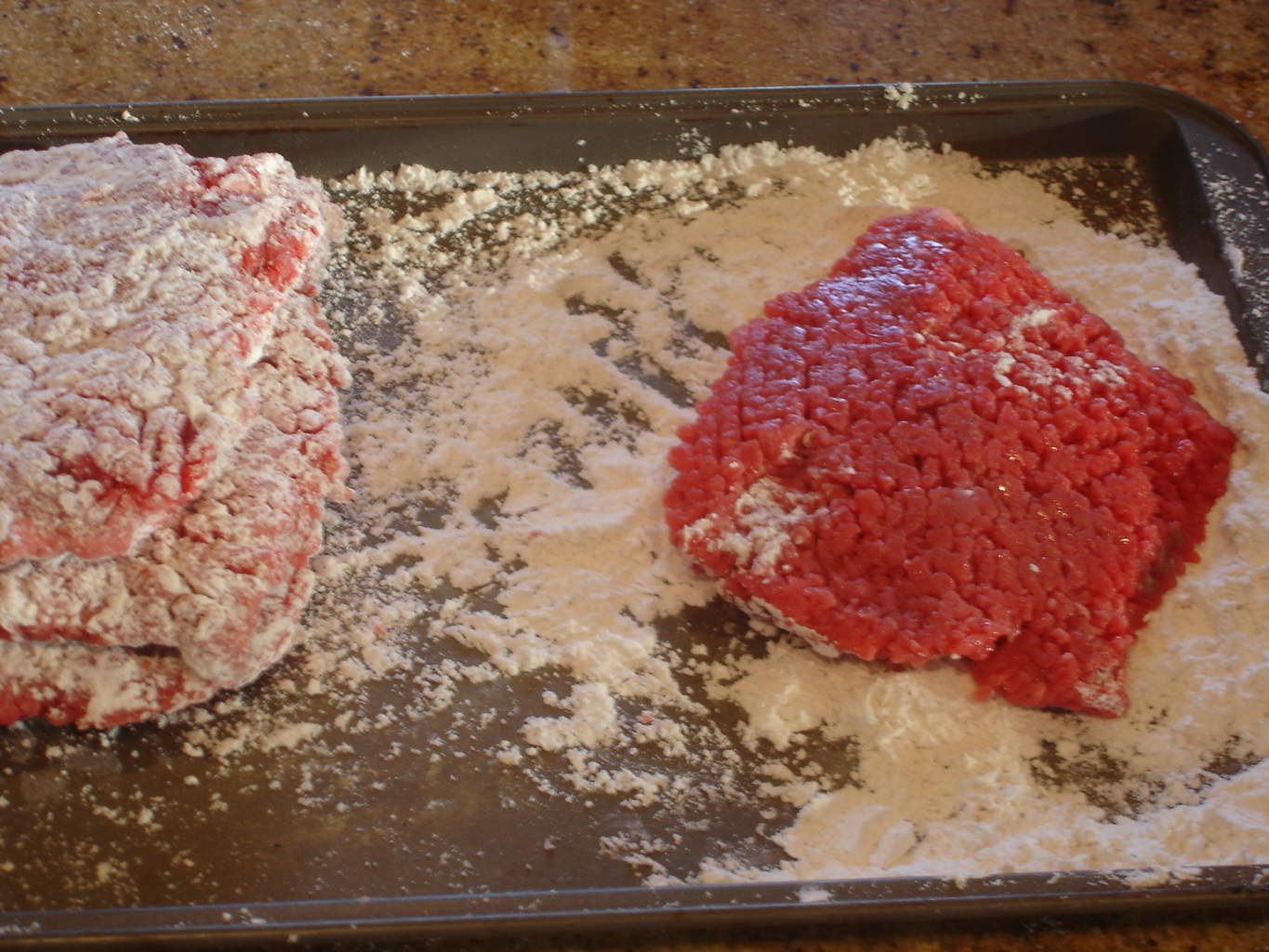 1/2 cup flour- divided (some for dredging, some for thickening the gravy) 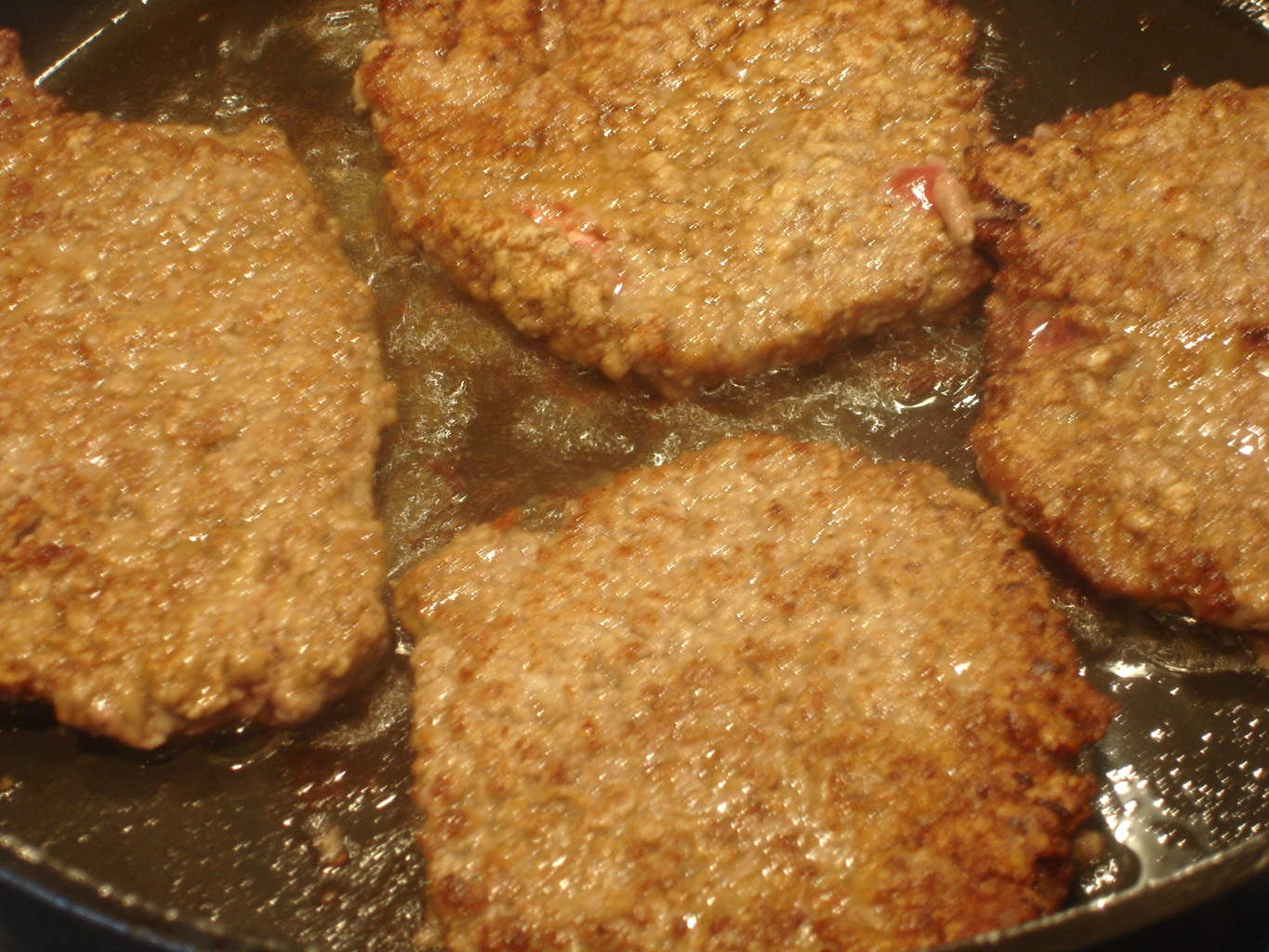 In a heated pan, I added approximately 4 tablespoons of olive oil (read:  I didn’t measure the cooking oil).   When the oil is heated, add the floured cubed steaks and cook a couple of minutes on  each side until they are nicely browned.  Remove from pan. 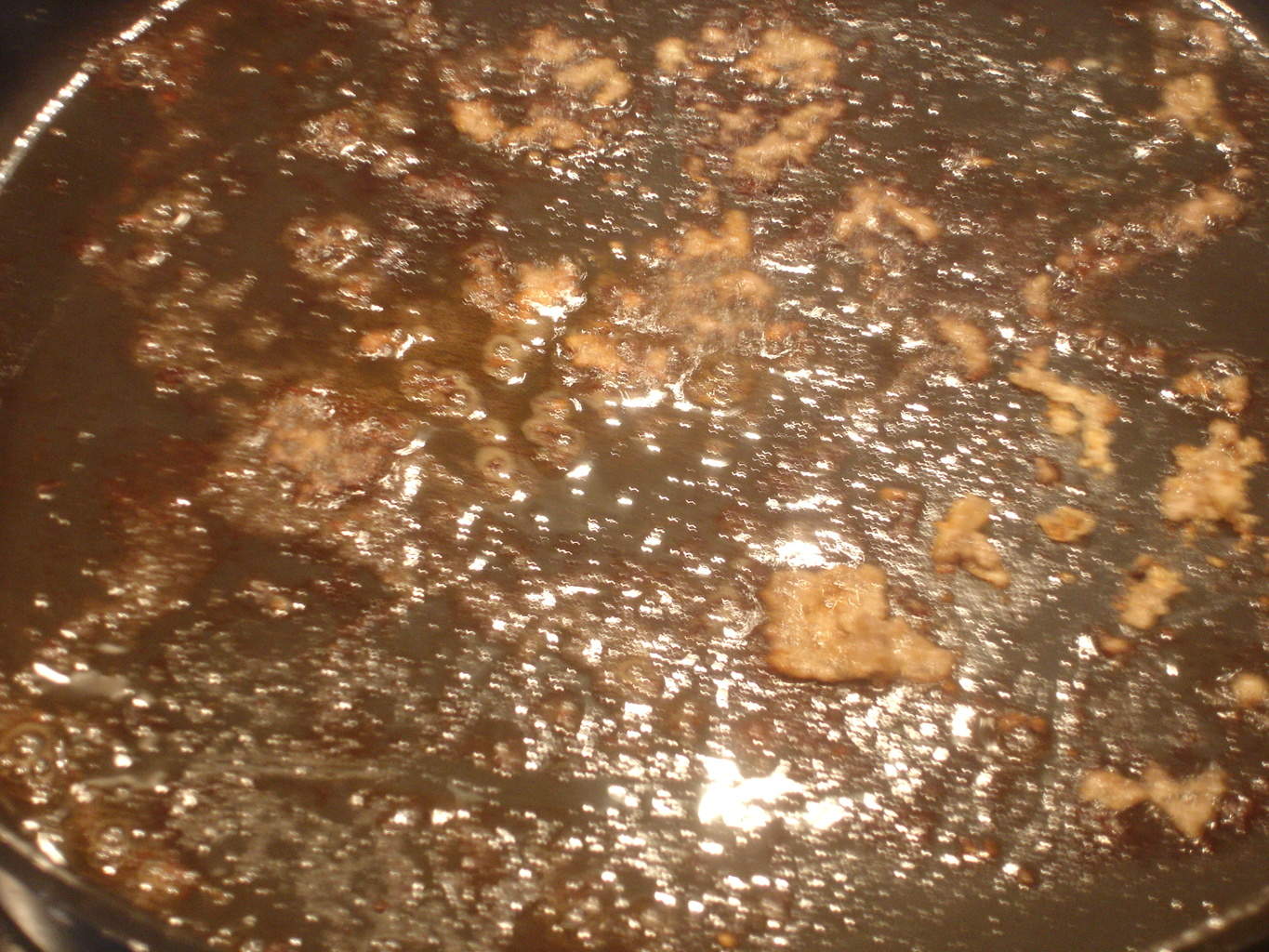 All those bits and pieces left in the pan are like gold.  That’s what I call the goody.  We want to make sure we get all the goody  incorporated into our stock to make a good gravy.  Good gravy!    You want to estimate the amount of fat that ‘s left in your pan and add an equal amount of the seasoned flour.  It doesn’t have to be exact.  Just take a stab at it.   Stir the flour around until it has absorbed the fat and starts to brown.  Brown doesn’t mean burned.   Brown means the white flour loses it’s white color and becomes sort of tan.   After the flour has done it’s absorbing and browning jobs, slowly add the beef stock and stir constantly.  Keep stirring to make sure the pan is deglazed (read: all the goody has become one with the liquid and the flour).  Add the rest of the stock, keep stirring until it starts to thicken.  Adjust for seasoning.  Add the cubed steak back to the pan. 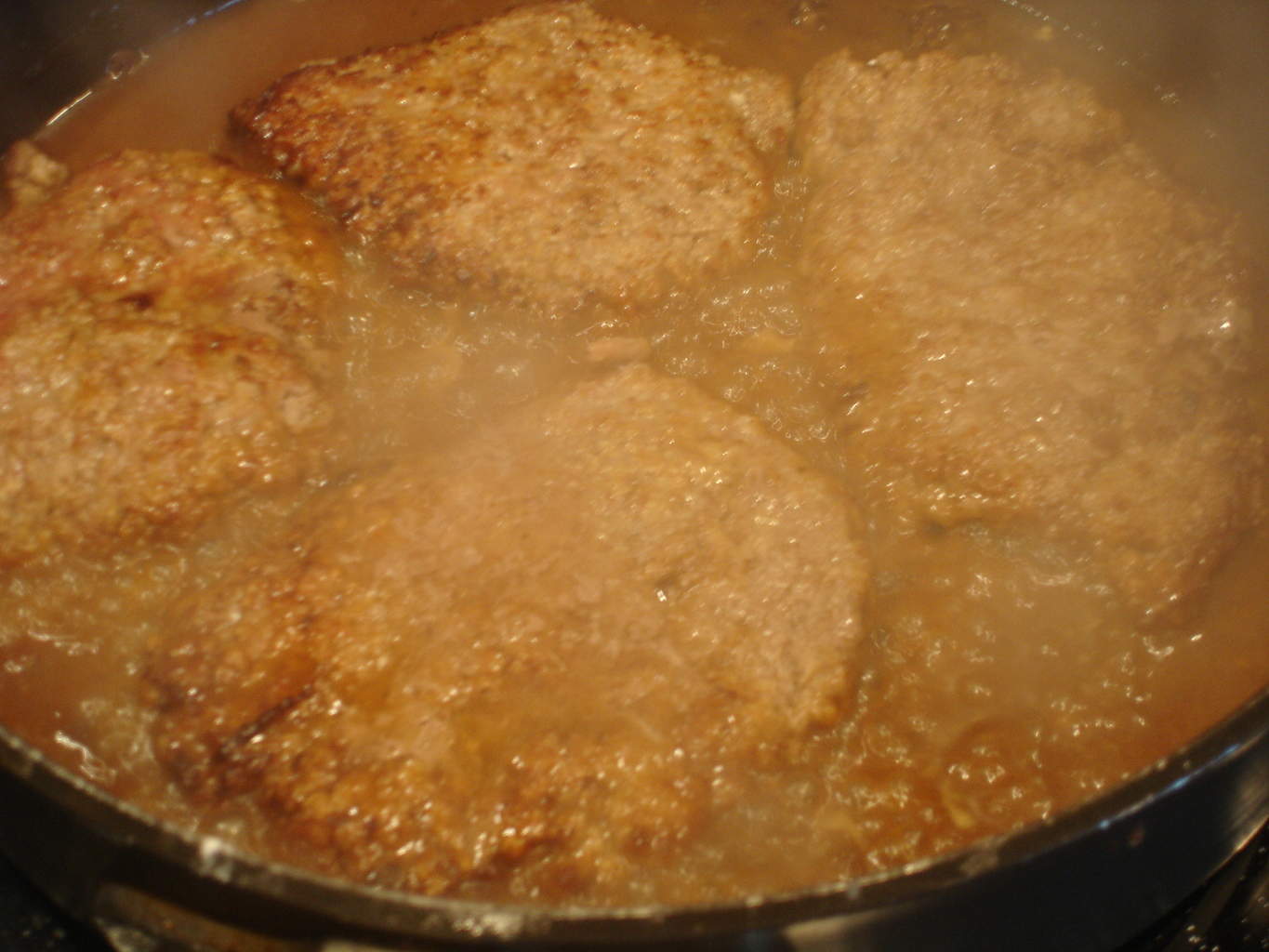 Cover and let cook on medium low for 10 minutes. 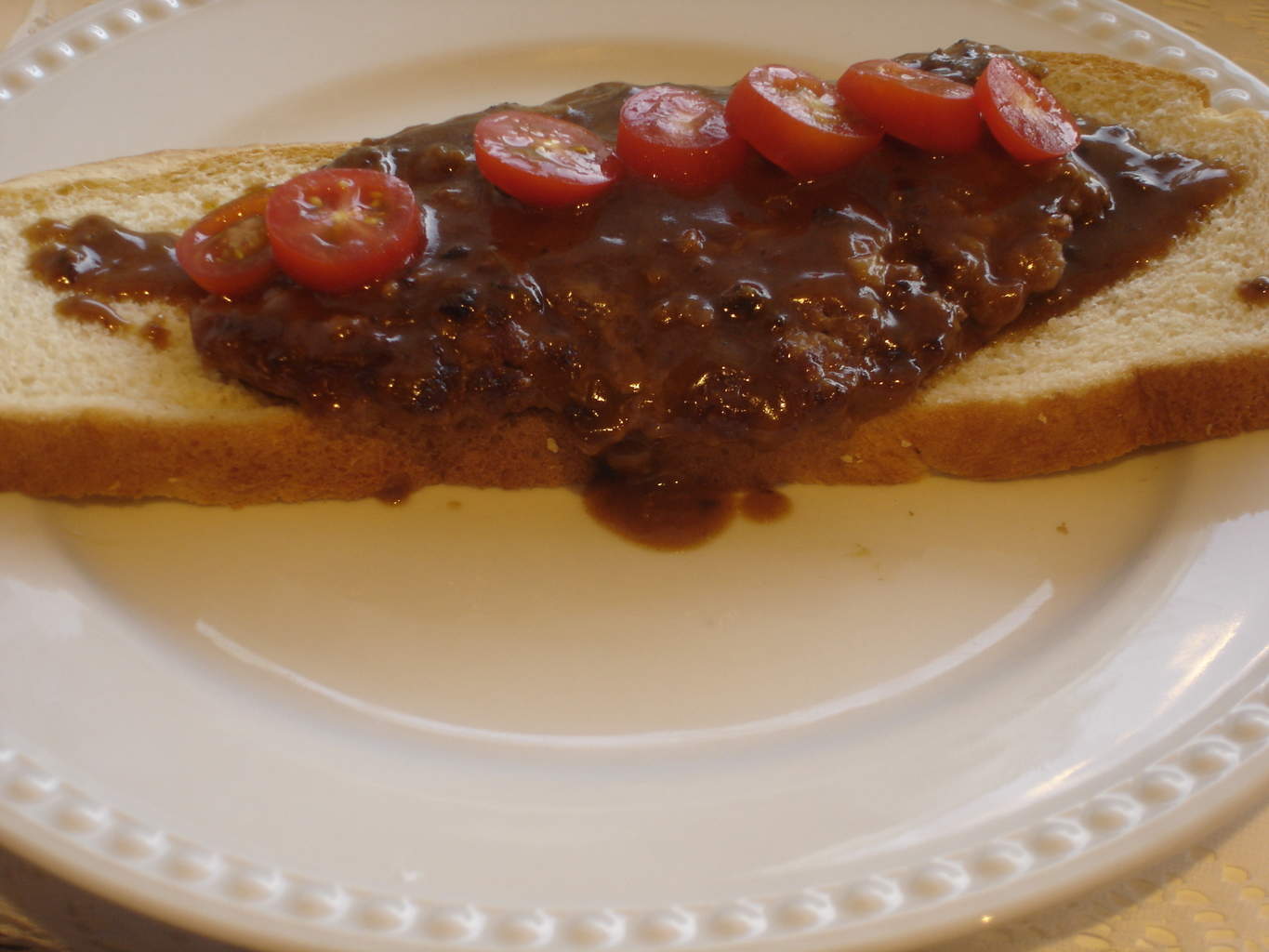 Serve on light bread (read: white bread).   I didn’t want a ton of gravy.  In fact, I wanted just enough to cover each piece of meat.   If you want a lot, you might want to make sure you have about 2 tablespoons of fat in the pan after the meat has been browned.  Then, add two tablespoons of flour and follow the same procedure I described above and adjust the amount of beef stock to 3 cups. 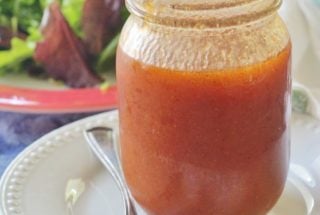 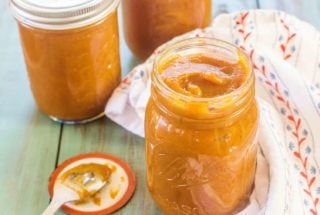 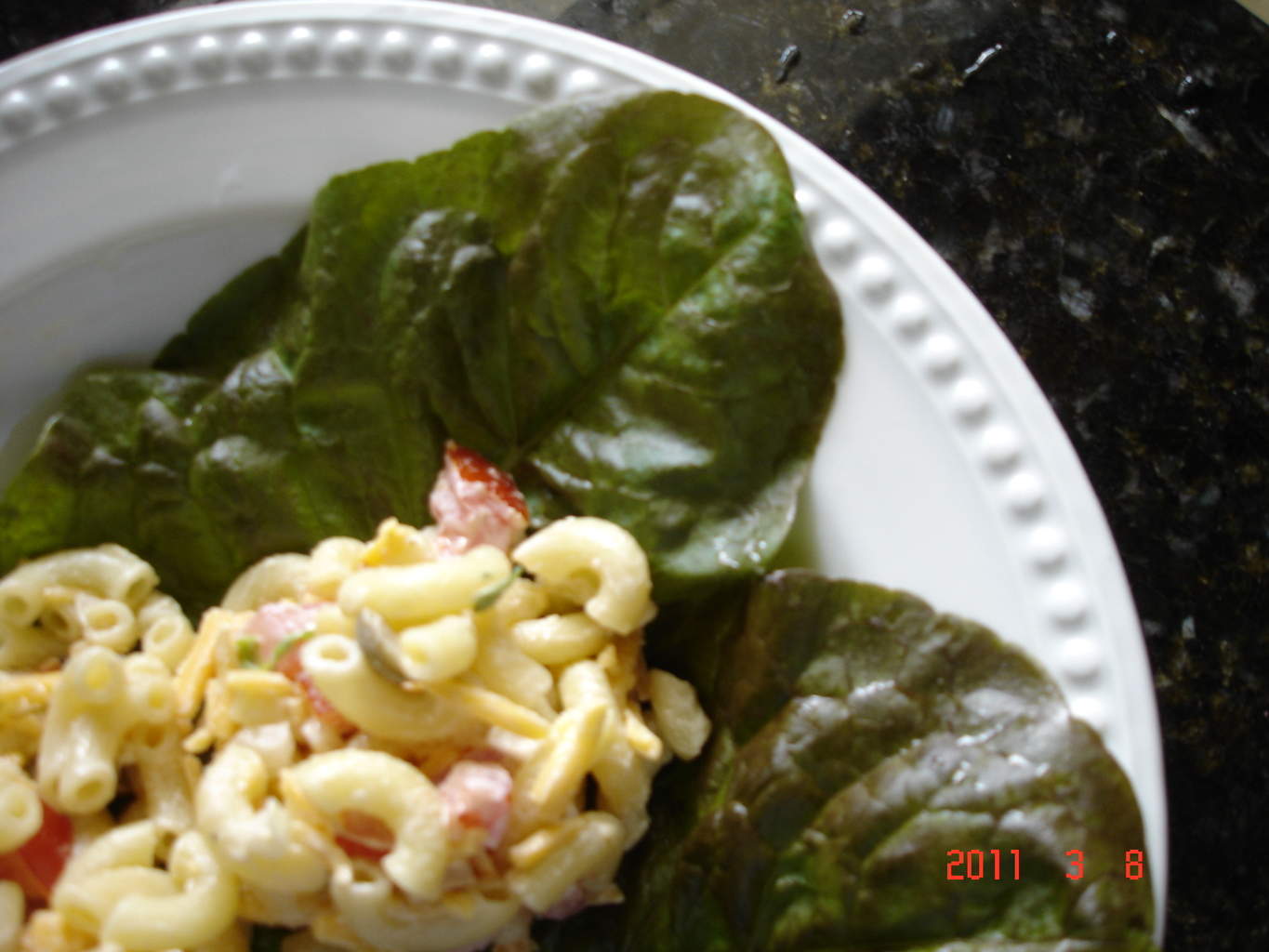 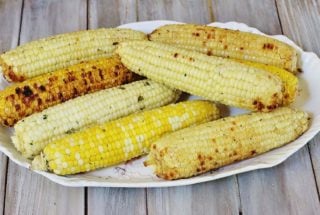