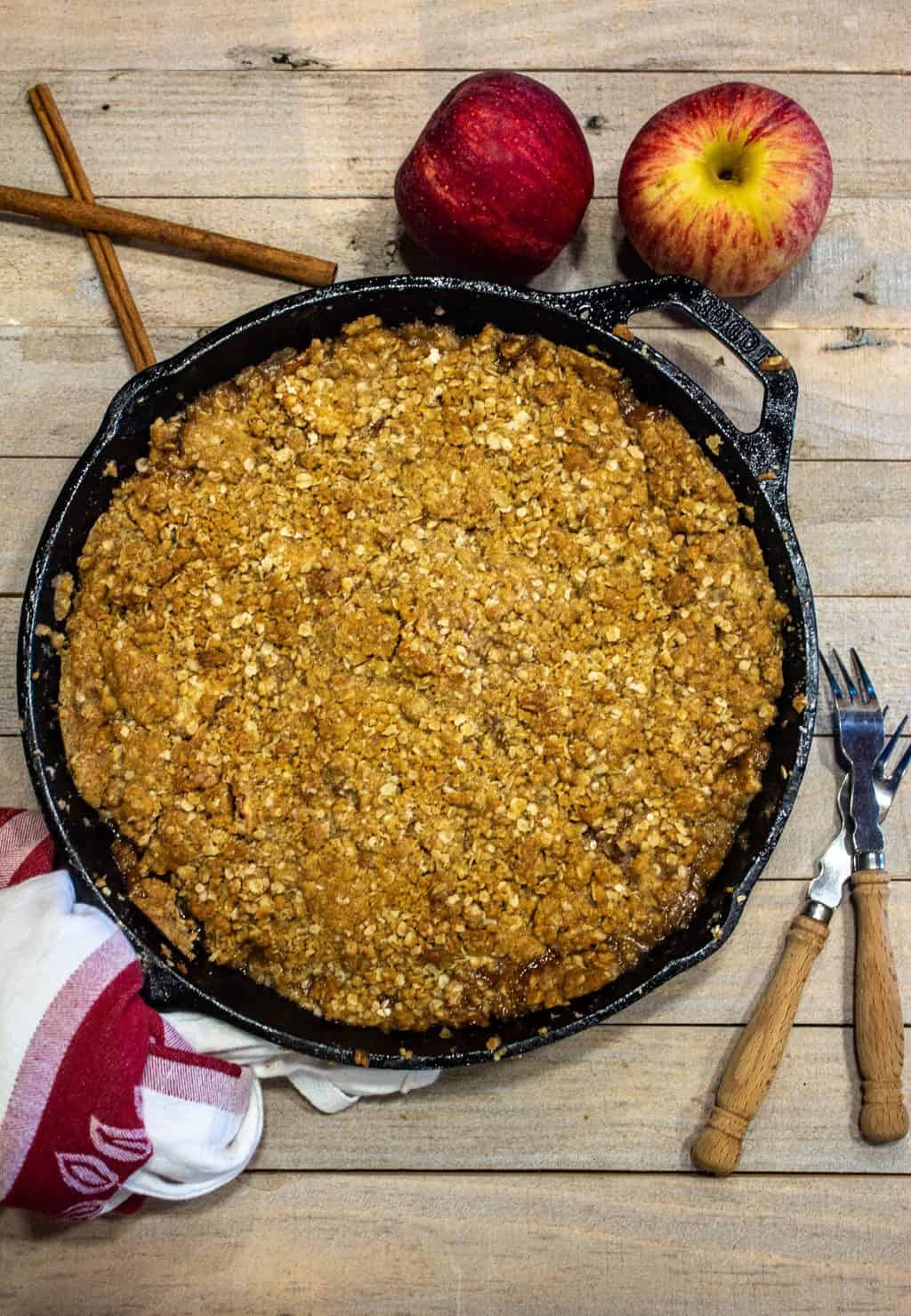 Skillet Apple Crisp is an old fashioned apple dessert made with orchard fresh apples and topped with an oatmeal and brown sugar crumble.

As the apple harvest rolls in, it’s hard not to dream of all sorts of wonderful apple dishes. It’s no wonder apple leads the way as America’s favorite fruit. They’re as versatile as they are nutritious. Skillet Apple Crisp is a winner of a recipe that you’ll make many times during apple season. Be sure to scroll down to the bottom of this post for the video tutorial for this recipe. 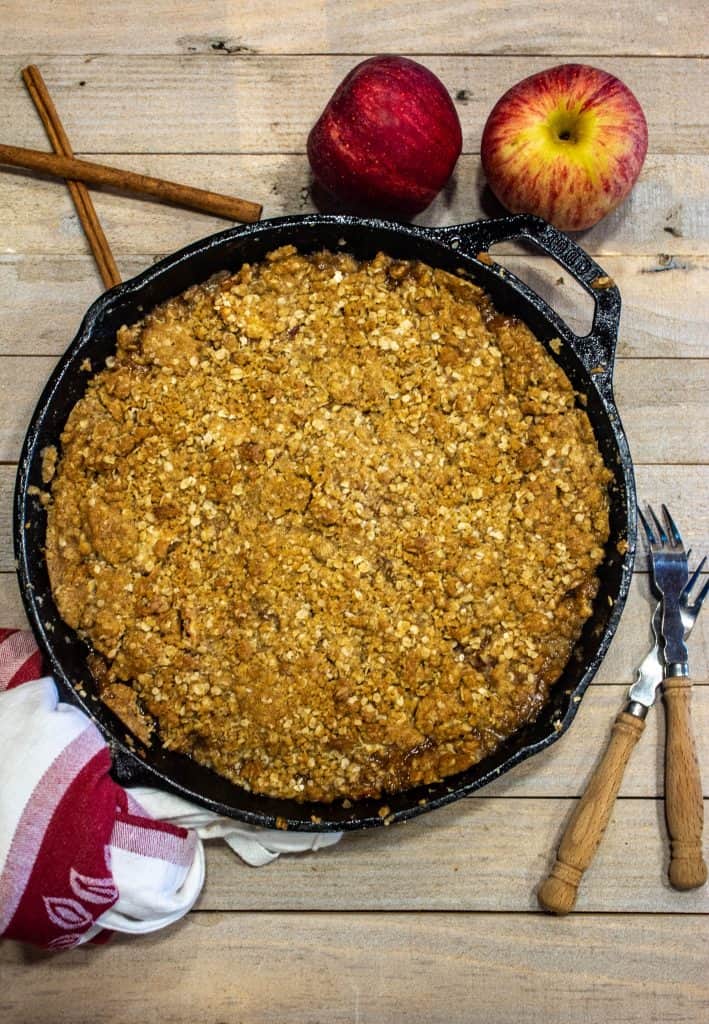 What is Apple Crisp?

Skillet Apple Crisp is a wonderfully easy dessert filled with a warm apple filling and topped with a an oatmeal, brown sugar, and cinnamon crust. It’s just as desirable as a good ol’ fashioned apple pie but easier to make because you don’t have to fool with a pie crust. Apple Crisps might be know as Apple Brown Betty or Apple Crumble. The names are regional in nature. 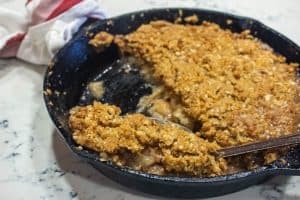 There’s no special or hard-to-find equipment necessary.  I demonstrated the use of a pretty slick apple peeler-corer-slicer but it’s not necessary. A paring knife works just as well. I prefer to cook  my Apple Crisp in a cast iron skillet, but  a baking dish is perfectly acceptable.

The links below are affiliate links. Purchases through the links might result in a small commission to us.

I’ve used all different kinds of apple varieties in baked goods, Southern Fried Apples, and applesauce. Honestly , the only variety that I don’t particularly like for cooking is Red Delicious. Any, and every, other variety works just fine.  If possible, I like to use more than one variety in my recipe.  It gives a better flavor to the finished product.  At least, that’s my humble opinion. Having said that, the only apples I have in my refrigerator at this moment are Pink Lady and I’ll use those for Fried Apples tomorrow morning to satisfy my craving. 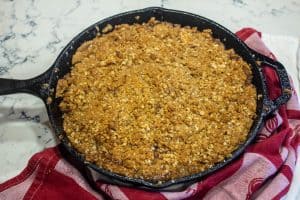 Apples, cinnamon, oatmeal, brown sugar cooked in a cast iron skillet.  I can’t think of a single reason not to dive into this recipe, the sooner the better.  When you do, leave me a comment and let me know what you think about it. 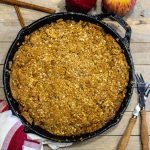 Use at least two different varieties of apples for better flavor.  I picked up McIntosh and Gala from our local orchard stand. Make sure the butter is good and cold before cutting or mashing it into the topping.  I cube it before I start the rest of the prep work and stick it back in the refrigerator. Whether you use light or dark brown sugar is simply a taste preference.
Tried this recipe?Mention @syrupandbiscuits or tag #syrupandbiscuits!

Check out some of these apple recipes: 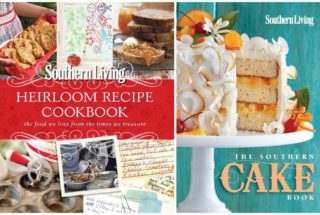 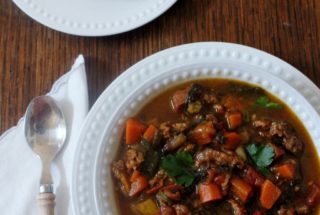 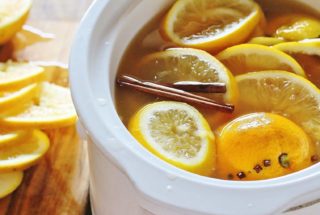 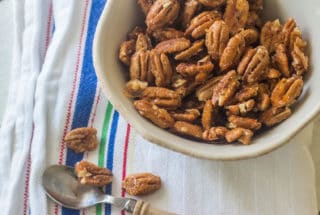 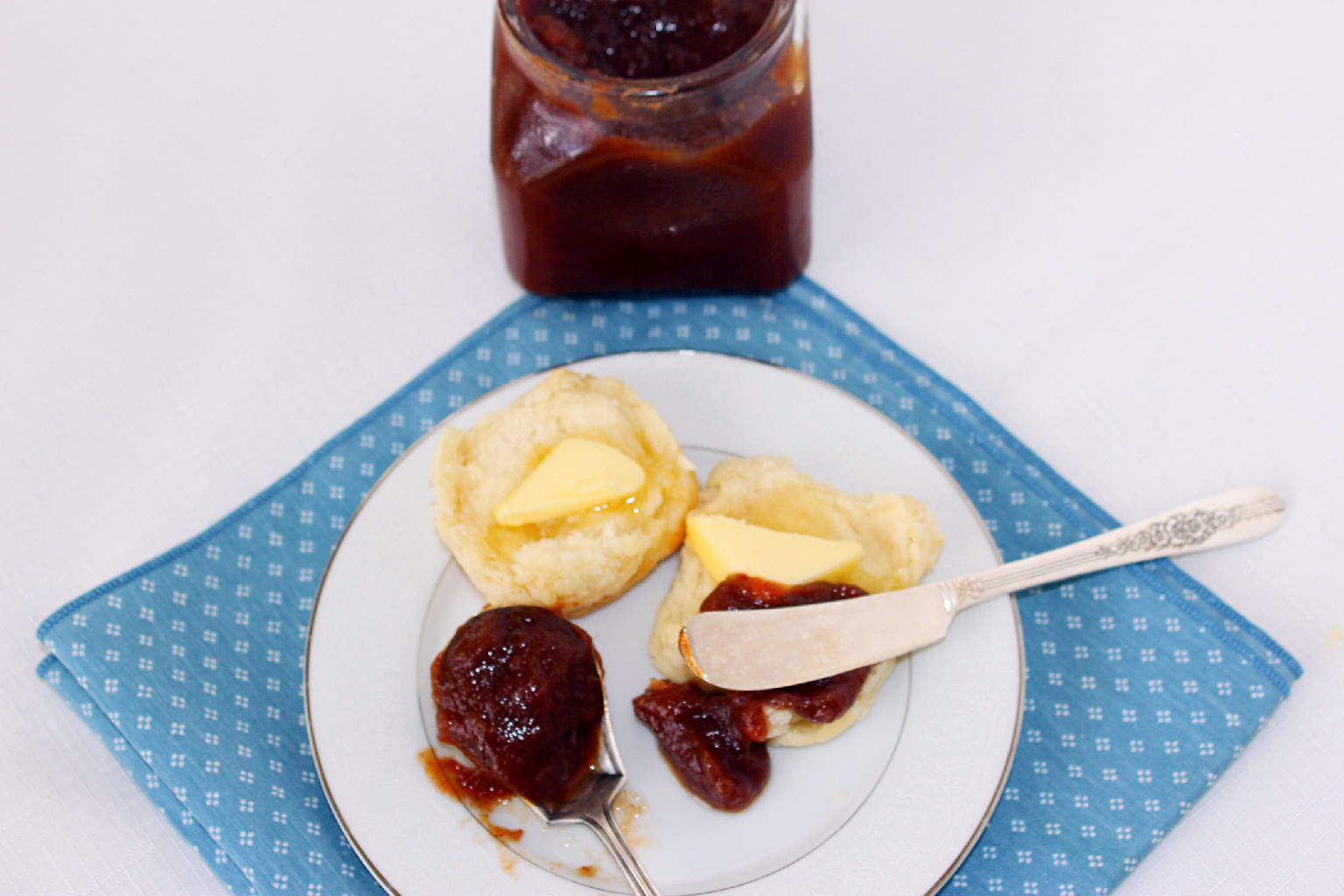