People  I consider heroes aren’t found on the big screen, athletic fields,  state capitals or Washington, D.C.  My heroes are found in unassuming places like the wiregrass section of southeastern Alabama in little towns with  populations less than 5,000 with somewhat depressed economies.  These same little towns have never hosted a big named music concert, a professional sports event or a corporate convention.  You don’t need any of that to grow heroes.  You need something bigger.  Much bigger. It takes values, character, love and goodness passed down through the generations.

Geneva, AL knows how to grow heroes. My great blessing was being born into a family of heroes.  Good honest people who taught me life lessons and treated people right. Most of my heroes are gone and are banded together surrounded by angels.  One still remains.

“Breakfast: eggs, bacon, grits and toast”, he answered in response to the query  about his favorite thing to eat.

Small in stature,  he gleefully boasts about his weight varying only  3 pounds throughout his adult life.

“I really don’t eat too much after breakfast.  The food here could be better. I do love a good breakfast though.”

For more than 60  years, his bride cooked traditional Southern fare and kept he and the family well fed.  He never  wondered if food was better anywhere else.  She was an excellent cook.  And following the tradition of many Southern cooks, she loved to feed people. 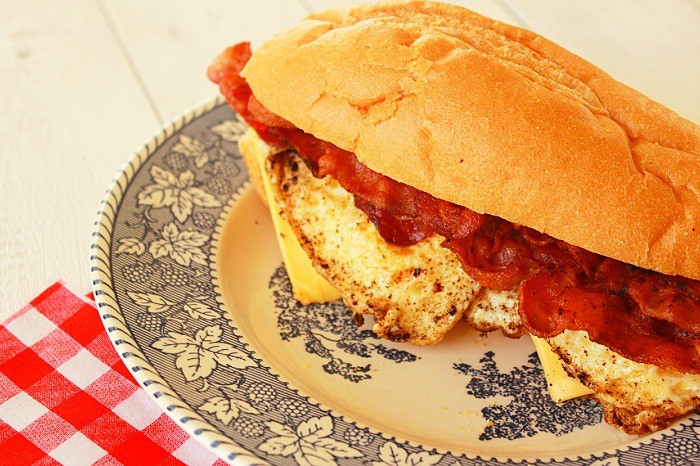 “I saw her at a movie in Samson. She smiled at me and I told my buddy I needed to go back and see who that was.”

That was the beginning of a marriage that lasted 68 years and 5 months.  He lost his bride, my mother’s cousin,  in February, 2012.  It became necessary for her to relocate to a facility for the  last 3 1/2 years of her life.

“I went to the nursing home three times a day to feed her all three meals.  I didn’t even go to church during that time because I didn’t want to miss feeding her a meal.”

The house they built and lived in since 1958 is now for sale.  The house where they raised their family.  The house that saw several generations of their offspring. He just moved to an assisted living facility where my sister and I visited him.

“I had to move in here because I just can’t cook and clean house anymore.”

Acie Taylor is a hero.  The twinkle in his eye and his clarity of thought, belies his age of 93. He’s lived a long wonderful life.  His devotion to his family, his wife, his God is impressive and displays the goodness of his heart.  The life he’s lead is admirable.  It’s too bad medals aren’t awarded for that kind of life.

Acie also lived a life where medals were awarded.  He is a highly decorated WWII veteran serving in Gen. Patton’s Army and landing on the beaches of Normandy in 1944.  He proudly displays his medals and gives the Purple Heart and Bronze Star the positions of prominence rightly deserved. 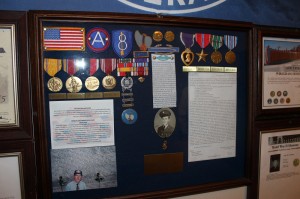 This part of Acie’s life didn’t come without sacrifice.  He suffered tremendous physical injuries when a German 88 shell exploded nearby. It almost cost him his life.  His injuries were so severe he got discharged after 4 years of service. After an extensive recovery period, he sought training as an electrician and worked for 25 years as a civil servant. 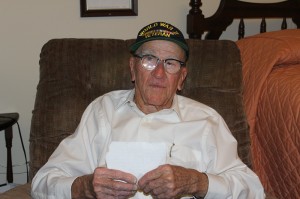 We commented on his hat and he said he had better hats in his closet.

“Just open that door there and look.”

Lined side-by-side, we found several hats, all similarly displaying his relationship with the military. 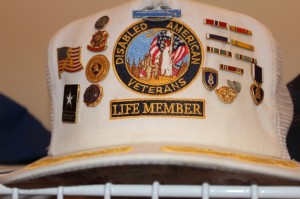 Acie’s devotion to his God and  country, his wife and his family qualify for him the highest honor that can we can bestow. Spending time with him, reinforced just how honorable he is.

It was difficult not to become emotional.  Listening to him talk so lovingly about his wife of “68 years and 5 months” is enough to tug at anyone’s heart-strings.  I just have to wonder how anyone can adjust to such a loss.  Hearing his stories and seeing his awards and decorations of military service sent a chill up my spine.  This is a man of true valor.

The visit with Acie reminded me, in the boldest of ways, how lucky I am to have been born into this family.  Acie is one of the last connections that we have to that particular side of our family that  had the good sense to marry into.  Anyone who believes the good die young has never met 93-year-old Acie Taylor.

The week preceding the visit to my beloved town of Geneva for the first time in decades, was filled with emotion.  Sunday, October 28,  was my mother’s birthday and the fourth  birthday since her passing.   I was caught unawares of the emotional turmoil I would experience that day.

Just as I had started to think I had conquered the revisited grief, I get hit upside the head, once again, with sadness of missing my mother.  It happened as we were visiting Acie who casually mentioned a fact that neither my sister, nor I, ever knew about him.  His birthday is October 28, the same day as my Mother’s.  Life has a way of coming full circle on you.

On the day before Thanksgiving, I send up a wish for the happiest of Thanksgivings for you and your family.  And I thank God for all the blessings bestowed on my family and me.

I’m so happy we got to visit with Acie.  For this, I’m grateful. 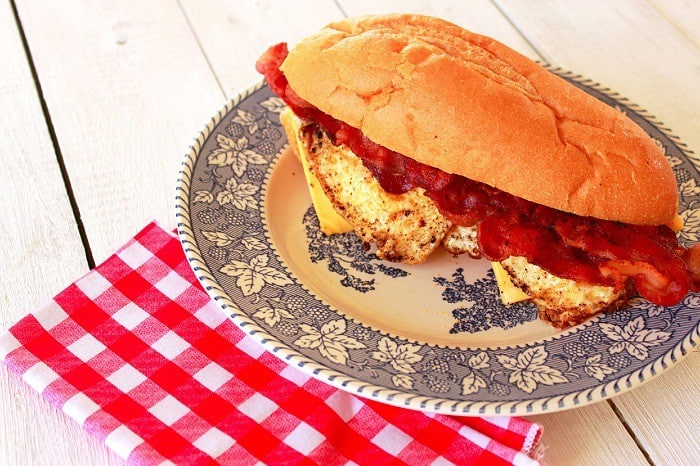 Trying to come up with a dish associated with this story that would honor a true hero, proved to be a bit of a challenge.  Acie’s favorite thing to eat is breakfast so I made a breakfast sandwich in his honor.  This type of sandwich is also known as a hero.  Quite fitting!

2 eggs, fried to your liking (note:  eggs with the yolk completely cooked are easier to manage on a sandwich than runny yolks)

Split roll leaving the back side intact.

Slice cheese in half and place on bottom of roll. 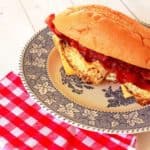 Print Recipe Pin Recipe Rate this Recipe
No ratings yet 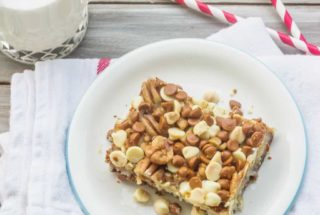 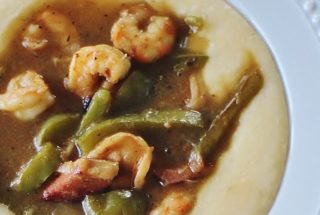 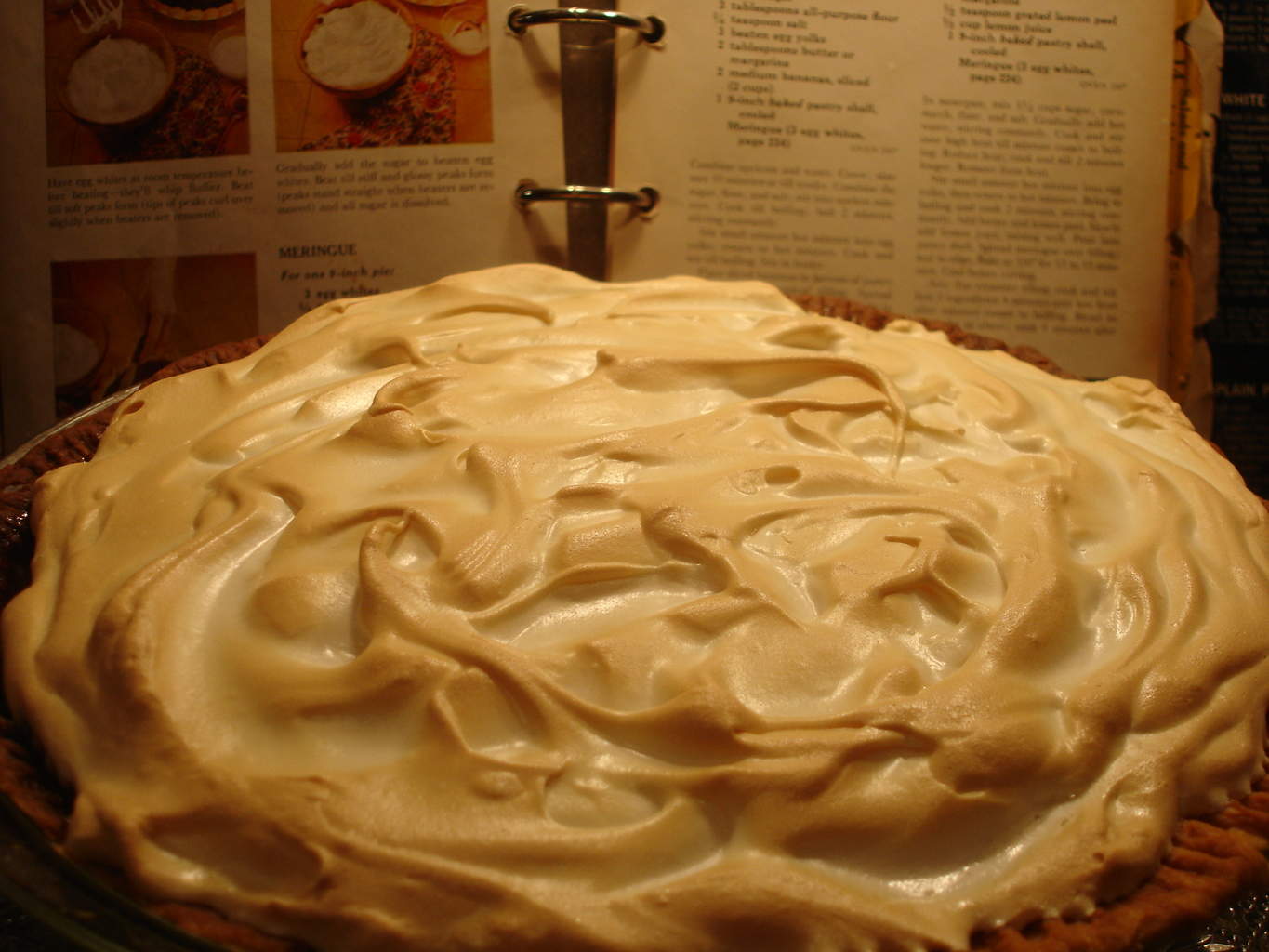